LEGOLAND California offers 128-acres of interactive family fun with attractions, rides, live shows, restaurants, shopping and beautiful landscapes decorated with LEGO structures small and large. With more than 15,000 LEGO models ranging from a brontosaurus to an ancient Egyptian pharaoh. There is a Miniland Las Vegas that depicts the exciting world of sin city. In all, LEGOLAND California models contain more than 35 million LEGO bricks. Now that’s a lot of bricks!

Buy One Day, get the Second Day Free! Buy Now and Save! A 120+ acre park geared specifically towards youngsters ages two through 12. With rides, interactive attractions, shows, and building projects, Legoland mixes education, adventure, and fun in this first park of its kind in the U.S.

One of the newest additions to LEGOLAND California is the Land of Adventure. All ages can explore hidden tombs and hunt for treasure in the 1920’s Egyptian world which features more than 75 LEGO models. The Lost Kingdom Adventure ride invites guests to fire laser blasters at targets and brave the rugged Egyptian world in all-terrain vehicles while attempting to unearth the treasures of this forgotten empire. Some of the other Land of Adventure experiences include Pharaoh’s Revenge, Beetle Bounce and Cargo Ace—young pilots soar through the sky on a fun flying adventure.

For the little LEGO fans in your family, check out Dino Island. There, families can enjoy Coastersaurus, a junior roller coaster that climbs, dips and soars around a prehistoric jungle of animated life-sized LEGO dinosaurs. Then, get your hands dirty in Dig Those Dinos where you can dig for skeletal remains of dinosaurs in this 2,400 square foot sand pit. Then, for a refreshing way to cool down from your day of fun, give Raptor Splash a whirl. Here, families can man the battle stations and launch water balloons at each other.

Some of the other park adventures include Fairy Tale Brook—an enchanting boat ride featuring LEGO models of many favorite childhood Grimm fairytale characters. Or, check out the outdoor amphitheater, Village Theater and enjoy a daily special event show.

With so much to see and do, LEGOLAND California will be an adventure that is loved by all. There are plenty of restaurants, shops and areas to relax and take a break from the fun. For more information and a complete list of attractions, visit the LEGOLAND California.

In addition to featuring the newest NBA and NHL-themed LEGO Sports Build & Play Toys and attractions, the sports area at LEGOLAND will also offer football and soccer-related activities geared towards youngsters. Soccer fans will have the chance to test their skills as they kick for speed and accuracy. Life-sized NBA players constructed entirely out of LEGO bricks will tower over young guests shooting baskets at hoops of various heights. Kids can compare the size of their handprints to those of famous sports heroes. Other activities include a quarterback pass and an Extreme Sports Show during the summer season, while a newly revamped Sports Diner will energize hungry young athletes.

LEGOLAND California is a 128-acre park geared specifically towards youngsters ages 2 – 12. With rides, attractions to activate, shows, and building projects in all six themed “blocks,” LEGOLAND Park mixes education, adventure, and fun in this first park of its kind in the United States. It’s a land of surprises around every colorful corner, with both whimsical and astonishingly accurate LEGO brick models, lively music and a chance to let everyone’s imagination run free. It’s LEGOLAND, it’s Real Family Fun! There are only three other LEGOLAND parks in the world — LEGOLAND Billund in Denmark marked its 30th anniversary in 1998; LEGOLAND Windsor outside of London opened in 1996, and LEGOLAND Deutschland, in Günzburg, Germany. 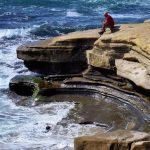 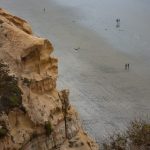