Growing up in San Diego, I was able to gain some knowledge of the local landmarks – places and things that, in some way, represent the spirit and character of the city. I’m not talking about the obvious, popular tourist destinations or attractions like Sea World or the San Diego Zoo. Or even neighborhoods such as the Gaslamp Quarter or Old Town.

What we’re talking about here are entities that draw your attention while you’re walking around the city. It’s exemplified for visitors by the “What’s that?” factor: when you see it, you say, “What’s that?” So here’s a list of some of San Diego’s more notable – and not-so-notorious – landmarks.

It’s what every airline passenger (at least those on the left side of the plane) sees as the plane approaches Lindbergh Field. This graceful, sweeping blue span serves as the primary gateway to Coronado and the North Island Naval Air Station. For the price of a tank of gas, the newly toll-free bridge offers one of the best views of the city and bay anywhere. However, there is no stopping on the bridge.

When it comes to views from the air, the passengers on the right side of the plane usually see this beautiful bell tower in Balboa Park (which is part of the Museum of Man). It conveys the Spanish Moor architecture that permeates this region with its beautiful and ornate tile covered campanile.

This 800-foot hill with a cross atop it in San Diego’s La Jolla neighborhood offers a 360-degree view of the city and the Pacific Ocean. The mountain top, reached by a winding road, has parking and a grassy area for picnics and admiring the breathtaking view. Although the cross that adorns the city-owned land has sparked debate (that old separation of church and state thing), Mount Soledad is also rumored to be an ideal make-out spot.

Mount Helix is the East County equivalent of Mount Soledad on the coast: a high promontory with a cross at its peak visible from Interstate 8 (“What’s that?”), accessible via a winding road in an exclusive residential area (Mt. Helix). Oh, and it has 360-degree panoramic views of the county’s eastern region. The amphitheater at the top of the mountain hosts theatrical performances as well as popular Easter sunrise services.

It appears to be something out of a fantasy world – or a science fiction film. The Mormon Temple, with its pointed spires and gleaming white facade, attracts double and triple takes from motorists on Interstate 5 in the La Jolla area. This relatively new structure, which is only accessible to members of the Latter-Day Saints Church, has become a San Diego landmark simply by virtue of its magnificent presence. It certainly makes a statement.

You see them while downtown, traversing the San Diego Riverbed, or speeding by while stuck in traffic on the freeway. Although San Diego does not have a subway system like New York City, we do have our bright red trolley system. The San Diego Trolley, with its main hub in downtown and branches to the south all the way to the US-Mexico border, and to the east to Santee in the east county and also through Mission Valley, is a popular mode of public transportation and as much a symbol of San Diego as red tile roofs. A major east expansion through Mission Valley up to San Diego State University and on to Grossmont is currently under construction and is scheduled to open in 2004.

Cabrillo National Park is named after Juan Rodriguez Cabrillo, who sailed into what is now San Diego Bay in 1542. It is located at the tip of Point Loma, a long, scenic peninsula that forms San Diego Bay. The park provides one of the most amazing views of the harbor, Pacific Ocean, and city, and the visitors center and old Lighthouse provide some history to go along with the view. 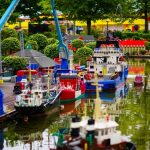