The Pacific Ocean, which delineates northern California’s western border, is one of the most spectacular oceans in the world. The Golden State isn’t shy about promoting this natural tourist attraction, giving you opportunities to drive, hike, bicycle, sail, swim, and cruise along virtually every inch of it. Whether you want to sit behind the wheel of a shiny red convertible on top of the coastline itself or relax in a deck chair while watching the coast pass by from a distance, there are tons of opportunities for you to see the sea.

Of course, if you want to do as little damage as possible to the beautiful environment along the Pacific Coast, the best way to see it is on foot. You’ll have the added bonus of being able to take a quick dip in the surf to cool off — at least in the areas where the waves aren’t ferociously carving out cliffs from the state’s western edge.

To hike the entire CCT would require about 1,200 miles of hoofing it up or down the coast — certainly not for the out-of-shape, and probably not exactly what you had in mind for your family’s vacation. Odds are you’ll explore the CCT by choosing a section or two in between visiting other destinations along the way, which is exactly the way the vast majority of people get to know northern California’s coastal trails each year.

Highway 1 never made it here, but there are some sixty-four miles of trails crossing from Humboldt County into Mendocino County. One of the prettiest areas along this route is the wilderness beach within the King Range National Conservation Area, which has the truly coastal section of the trail. Beyond the twenty-five miles or so of beach hiking, the trail moves across roads and then inland — beautiful, but not a way to see the sea if that’s your primary aim.

The Lost Coast Trail runs along a narrow band of tortured beach between the cliffs and the sea. It is the hiker’s domain, a desolate and harsh landscape cloaked in a pristine ecosystem. The path leads from hidden beaches to impressive vistas perched bewilderingly above the surf. Hikers discover complete solitude, save for the occasional troop of Scouts and sea lions. The Lost Coast Trail is one of the best beach backpacking trips in the United States, and its fame and popularity have grown steadily over the years.

If the words Golden Gate are in the name, then you can bet the stretch of trail runs near the city of San Francisco. The Golden Gate National Recreation Area extends far beyond the city limits and includes spectacular views of the famous bridge. What better way to see this part of the coast than to walk right over the Golden Gate Bridge? You can start at Fort Mason and walk across the bridge to Fort Point, then continue south along the coast to Sausalito (if you have the energy for a half-day workout) before returning to San Francisco via a leisurely ferry ride.

The park’s combined sites attract both locals and visitors from all over the world to some of the finest historical sites, beaches, and hiking trails in the nation. Even better, they’re all within easy driving distance of San Francisco, and as such day hikes can be coupled with a night on the town or a return to that cozy hotel room.

While there are miles of trails for serious backpacking and hiking, Big Sur also has breathtaking scenery just steps from Highway 1. Those who are willing to hike a few miles will be rewarded with rapidly changing settings of oak and lush redwood forests, ocean views, rocky streams, and coastal brush.

If you only have a single day to drive along Highway 1 and do a little hiking, these two trails are a great place to start. McWay Waterfall Trail quickly take you to arguably the most dramatic lookout along the Big Sur coast, and the Ewoldsen Trail takes you into a lush redwood forest with stream.

And as a bonus, they both start from the same parking lot.

McWay Falls, despite being the shortest trail, should be seen by every traveler along Highway 1. The Julia Pfeiffer Burns State Park trail offers views of both the southern and northern coasts.

If there is a single most popular image of Big Sur, it is probably of the 80-foot McWay Creek falls seen from this trail as it cascades onto the sandy shore.

As you head back towards the tunnel under Highway 1 from the overlook, you can keep going along the coastal path heading south. This trail will take you over to where the McWay creek falls over the cliff into the ocean, and is worth a look if you have the time.

Located right across the parking lot from the Waterfall Trail above. Another must see.
A moderate to strenuous 4.6 mile roundtrip, this trail has it all from huge Redwood groves and rocky streams to ocean vistas. The trail starts off easy, and is worth even a quick look.

The Ewoldsen trail is fantastic because it provides an extremely scenic sampling of what you’ll find on most Big Sur trails east of Highway 1. There’s an old growth redwood forest, scrub landscapes, wide ranging canyon and sea views, and a nice bit of elevation gain.

When you only have a day to see the sights, this trail complements the McWay Falls trail, which begins from the same parking area. On this trail, you can hike as little or as much as you want and still see a lot.

One of the best trails in the Big Sur region for coastal views is the Andrew Molera Loop, an 8.8-mile route that takes you inland as well as along the Pacific shoreline. This trail is long but doable for people of reasonable athletic conditioning. You don’t have to be an Olympic athlete to make it to the end, but do be prepared for your muscles to let you know that they’ve had a good day’s workout.

This is our favorite bluff walk above the shore, and also tops out with southern views into the populated Big Sur region. This longish 9 mile loop of trails is notable for spectacular coastal bluff views, and access to several remote beaches.

The easiest way to access the trailhead is by driving to Andrew Molera State Park, just north of Pfeiffer Big Sur State Park on Highway 1, about twenty miles south of Carmel. It’s the northernmost in a string of trails that runs south along the Big Sur coastline toward San Luis Obispo; thus, it’s the easiest to access if you’re driving down from San Francisco to tour the area. 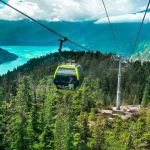 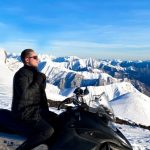