Spending the Christmas holiday season in San Diego has its benefits: the weather is usually mild – in fact December is one of the sunniest months of the year. Which means unlike other parts of the country, we miss out on rituals like shoveling snow – although the nights can get pretty darn chilly this time of year. But that doesn’t mean San Diegans lose out on traditional holiday activities…San Diego has plenty of traditional things to do.

Traditionally, the holiday season kicks off with a grand celebration in Balboa Park. Balboa Park December Nights is a two-day gift to the community that brings out the holiday spirit in all, this year taking place December 7 and 8. The beloved San Diego event features sparkling lights, theatrical and musical entertainment, and exotic Food/Spirits throughout the Park.

Unwrap some magic this holiday season and take in the festive fun at the Annual North Park Toyland Parade & Holiday Fair, Saturday, November 29, starting at 11 a.m. Following the parade is the North ark Holiday Festival from noon to 3 p.m.

Who doesn’t love to see Christmas lights? Several neighborhoods around town put on annual displays (competitions?), but none more venerable than Christmas Circle in Chula Vista, a tradition for over 46 years. People come from all over San Diego to see the wonderful displays. You’ll find Christmas Circle between First and Second Avenues, just south of H. Street and I Street. Read my list of other residential holiday light displays around the county.

Take in Jungle Bells at the San Diego Zoo

For a wild twist to holiday festivities, take in the Zoo’s annual Jungle Bells celebration. Starting Saturday, Dec. 15 through January 6 , families can put a wild-animal twist on familiar holiday traditions during the Zoo’s Jungle Bells celebration. The Zoo will stay open until 8 p.m. each night except Dec. 24 – when it will close at 5 p.m. What kind of exotic animal gets its wings every time a jungle bell rings?

Find out for yourself this month at the Jungle Bells celebration, when the San Diego Zoo is transformed into a magical winter wonderland. You’ll find a nightly tree-lighting ceremony, bell ringers filling the air with music, and lighted animal figures dotting the grounds. Dr. Zoolittle has an interactive “Night before Christmas” show, and you can make some new friends during “Animal Magic for the Holidays” critter presentations. Munch holiday specialties, take a “Candy Cane Lane Magical Journey,” and experience even more seasonal cheer—Zoo style!

We San Diegans are notorious for using the drive-thru lanes, so why not to see Christmas lights at the Del Mar Fairgrounds’ Holiday of Lights display? With more than 400 lighted and animated scenes, this 1.5-mile drive around the world-famous Del Mar Racetrack is sure to get everyone from ages 1 to 100 into the holiday spirit.

With returning holiday favorites such as Toyland, Candy Cane Lane, Treasures by the Lake and Elves at Play, the holiday tradition continues with opening night on November 22 (Thanksgiving) and running through Tuesday, January 1 (closed on Mondays, November 26, December 3, and December 10).

It’s our own version of the Rockefeller Center ice rink – the downtown ice rink at Horton Square is a perfect holiday setting, nestled between Horton Plaza and the NBC 7/39 TV studios (can you see the Rockefeller Center parallels?). Beginning Nov. 15 through Jan. 6, bring the family downtown, in the evening, so you can bundle up in stocking caps and mittens, pretend you’re in Rockefeller Center and skate away. It’s only $14/$12 and proceeds benefit Children’s Hospital.

Now this is quintessential San Diego: the annual San Diego Bay Parade of Lights. On Dec. 9 and 16, 5:30 – 9 p.m., see over 80 boats, all decked out in lighted glory, cruise a 7.5 mile route on San Diego Bay. This year’s theme is a “Our 41st Anniversary, USS Santa Claus” and it promises to be better than ever. Best vantage points from the shore are along the Embarcadero, Seaport Village, Harbor Island and Coronado.

Speaking of parades…the Bridgepoint Education Holiday Bowl Parade at 10 a.m. on Dec. 27, is known for one thing: balloons. Dubbed “America’s Largest Balloon Parade,” more than 30 giant balloons will float down the one-mile route along the Embarcadero, along with bands, drill teams and more. It’s the precursor to the evening’s main event: the Bridgepoint Education Holiday Bowl at Qualcomm Stadium, one of college footballs most exciting and successful bowl games. After the parade, hit the Family Festival at the Broadway Pier.

Take in the Grinch

The Old Globe Theater production of “How the Grinch Stole Christmas!” has established itself as an annual holiday classic. The musical, directed by acclaimed director Jack O’Brien, brings to life the classic Dr. Seuss book with incredible sets and memorable performances. The production runs through Nov. 17 through Dec. 29.

Of course, what’s Christmas without the Nutcracker? And there is no shortage of performances of this venerable classic. This year, San Diego Civic Youth Ballet is proud to present the premiere of a totally revised Nutcracker. Performances will be held at the Casa del Prado Theater in Balboa Park on December 9-22.

It kind of goes without saying during Christmas, right? But shopping over the holidays is often more than just buying gifts. For many it’s a way to hook up with friends and family, making the shopping trip more of a social outing. Plus, doing it this way makes the crush of humanity just a little more tolerable.

Lest we get all wrapped up in the material aspect of Christmas, how about buying one extra gift and donating it to someone needy? Whether it’s through the Salvation Army, Toys for Tots or one of the many gift drives conducted by local TV stations, giving to those less fortunate helps remind us all what the holiday season is really about.

Ring in the New Year

Celebrate at any of the many parties at hotels and nightclubs to revel in the New Year (the Gaslamp Quarter is a natural setting for this). Or, if you would rather bring along the kids as well, First Night® Escondido presents a premiere celebration of community, the arts, and the New Year. 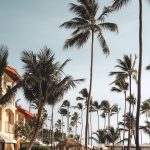 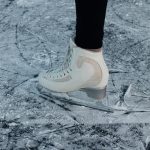 San Diego Halloween Events Who says Halloween has to last only one day?  Those costumes are too cute to wear only once.  Here are some ... Read more