Dating can get expensive, but it doesn’t have to be when you live in a city committed to expanding the arts, building culture and focusing on quality, local food. Just signed up on Match.com? Or maybe you’re looking for fresh ideas for time well spent with your other half. Either way, here’s ten dates on the grid and in the budget. 1 Bike to Oak Park Brewery. From the Capitol, take 15th Street south to Broadway and hang a left, following Broadway until you hit this local joint on your right. Cool down and carb up at the bar and order up a few of seasonal tastings with a side of shishito fries.

Listen to live music at the Naked Lounge. Meander on down to 11th and H Street any given Monday through Saturday for evening performances starting at 8:30 p.m. and going until midnight. Covers are generally $5 and the coffee is flowing.

Be active. Play nine holes with green fee’s as low at $13 at William Land Park Golf Course. It’s a great course for beginners or for those who want to work on that short game. Nothing beats a round of twilight nine with that Sacramento Delta breeze.

For the historians, tour railroad tycoon Leland Stanford’s Mansion on O Street. Owned and operated by the state of California, guided tours run from 10-5, and are complimentary with a “pretty please” and a smile. Marvel at the beautiful Gold Rush era architecture and learn about how one of the Big Four lived once upon a time.

Did your canines bring you together? Go for a doggie date at Sutter’s Landing, where the four-legged are always welcome. Later on, take stroll to dip your toes in the American River. Just head north on 28th Street. Don’t miss the adult fetch, bocce ball courts included.

Get cultured at B Street Theater. Midtown’s answer to Broadway, this theater company produces a wide array of shows that could turn just about anyone into a converted theater lover. Tickets range from $28-­35.

Picnic at the McKinley Rose Garden. Word of advice: make sure the roses are actually in season and in bloom. Grab a ‘Corti’s Special’ deli sandwich from the local specialty grocer down the street on Folsom Boulevard. Stunning at sunset, it’s definitely a date for the new romantics.

Did you meet at Xoso? Check out a Sacramento Republic game together at Bonney Field. You don’t need to have front row seats to cheer on the newest sports team to come to Sacramento.

Create your own Iron Chef competition. S​top by Sunh Fish Market at 19th and V for sashimi grade fish and Oto’s Japanese Market on Freeport Boulevard for all the other essentials for a true sushi-making smackdown right in your own kitchen.

Go for comfort food at South. This southern inspired local e​atery o​ffers major flavor with a relaxed and unassuming atmosphere near Southside Park at 11th and T Street. The ‘Bar-B-Qued Platter’ is perfect to share. Don’t skip the chocolate chocolate pie, as it will earn you some extra brownie points. Dating doesn’t have to be extravagant or expensive. With all that midtown has to offer, it’s easy to follow the rule “less is more.” Feel free to add to our list by commenting below with your favorite date nights around town. 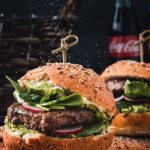 7 Best Sacramento Burgers How do you pick one favorite burger gem in a city full of diamonds? I can’t mention the classic (award-winning) burger ... Read more

In order to provide our children with the best possible experiences, we frequently become involved in a variety of kid-centered activities. Sacramento favorites like Fairytale ... Read more

Land Park is the center of kid-friendly activity in Sacramento. It’s a great place to while away a Sunday afternoon – whether you ride a ... Read more

Put on your aviators, because we’re going to the Aerospace Museum of California (McClellan Aviation Museum) this month! The museum, located in McClellan Business Park, ... Read more

5 Best Sacramento Patio Dining Spots Indian summers. Delta breezes. We have many reasons – and many seasons – to seek out the patio life ... Read more