Hillcrest is by and far the friendliest neighborhood in San Diego. Affectionately referred to as The Gayborhood, it’s where stereotypes prove true in the best of ways. With the largest collection of LGBT-owned and operated businesses in the county, plus its diverse population, you’re guaranteed to feel the warmth everywhere you go; whether it’s at the annual Pride Parade—San Diego’s largest, and most famous celebration—to Babette Schwartz, arguably the most zaney gift shop in town.

Aside from its spirited, happy vibes, people who live in, and visit Hillcrest, appreciate good style. From its furniture boutiques to second-hand clothing stores; high-end hair salons, and even the decked out front yards of its residents, Hillcrest is flashy and eclectic with a vibe all of its own.

The best way to experience the essence of Hillcrest is to set out on foot. Do it on a Sunday, when the Farmer’s Market—whose tagline is “fresh and fabulous, just like Hillcrest”—is in full swing from 9 a.m.-2 p.m. Never has hanging out in a DMV parking lot been so fun.

If a luxurious caffeinated beverage is what you crave, newbie La Marque Coffee & Craft Haus is the place to go.

Its name means “the brand,” and of which, it sells many: from local roasters Café Moto and Bird Rock, to the imported Italian favorite, Lavazza, and Los Angeles’ Intelligentsia. You’ll want to hang around at La Marque with its classy, yet unpretentious design and baked goods—even ones for gluten haters. Beginning this weekend, La Marque will start serving beer and wine. There’s also pop-up “mystery” dinners here—check La Marque for more details and tickets. 3590 Fifth Ave. (619) 550-5397.

Urban art gurus, Johnny Tran and Paul Ecdao, opened a sister location to their La Jolla gallery, Thumbprint, in late 2013. Located inside the Bamboo Lounge, this gallery has a reputation for curating the best in low-brow, outsider and street art, plus trunk shows, in San Diego. For information on upcoming exhibitions, visit TPG2 1475 University Ave., (858) 354-6294.

What could easily be a mundane shopping center in Hillcrest is not, because… Hillcrest! The aptly named center is most known for being home to Trader Joe’s, where everyone and their mom loves to block isles from open till closing time. More standout businesses include DC Computers—a safe alternative to the dregs of the Apple Store—and Bo’s Seafood Market and Grill.

But that’s not all: the once mundane shopping center has undergone a recent transformation that includes several public artworks by some of San Diego’s most talented muralists, including Mike Maxwell, Isaias Crow and EXIST1981. This is especially appropriate given that The Hub’s redesign was by late San Diego architect and local art collector Graham Downes, whose colorful legacy will brighten shoppers’ days at this heavily trodden center for years to come. 1040 University Ave.

Cheers to the classics

Aside from flashy nightclubs, Hillcrest is also known for its venerable dive bars, like The Alibi (1403 University Ave.), whose “Before I Die” chalkboard installation has become the public’s bucket list, and provides quite the amusing read. Then there’s Nunu’s (3537 Fifth Ave.) where time has seemingly stood still within the charming, booth-lined bar that’s prime for people watching.

South Park is a feeling as much as it is a neighborhood. Among historic craftsman homes and Spanish colonial revival architecture are some of San ... Read more

Ocean Beach San Diego is a Way of Life

The Ocean Beach Pier is one of the most iconic points in the community. On any given day, people are seen fishing from the pier ... Read more

Linda Vista has deep roots as a shopping community. In 1942, it was home to the first mall-like development in the U.S., and today includes ... Read more 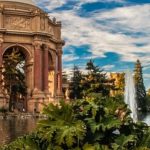 The name Golden Hill was inspired by a poem written over a century ago, in which Daniel Schuyler waxed about breathtaking sunsets, views of the ... Read more