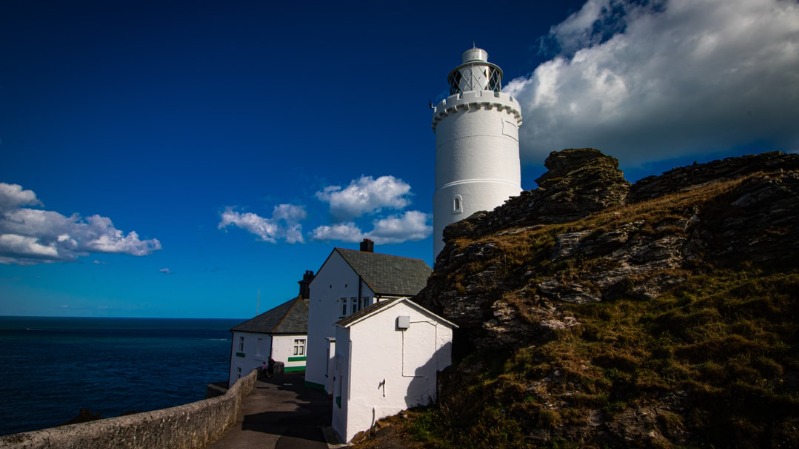 Point Loma is one of the Jewels of San Diego, California. A 150-year-old lighthouse crowns the seaward tip of Point Loma.  It is now a museum featuring all the furnishings and memories of a lighthouse keeper and his family.  Just steps away are the Cabrillo National Monument Park museum where you can learn about the early discoverers of this part of America, sea life (especially whales) and enjoy a panoramic vista of San Diego.

From the museum’s patio you can enjoy spectacular views of the city skyline, the harbor, Coronado Island and US Naval Air station, Tijuana Mexico, the Pacific Ocean and the Mexican Coronado Islands 15 miles offshore. Hundreds of feet below at the water’s edge is a newer US Coast Guard lighthouse, with its gigantic fog horns and white 1920s clapboard housing for the Coast Guard staff that live on site. 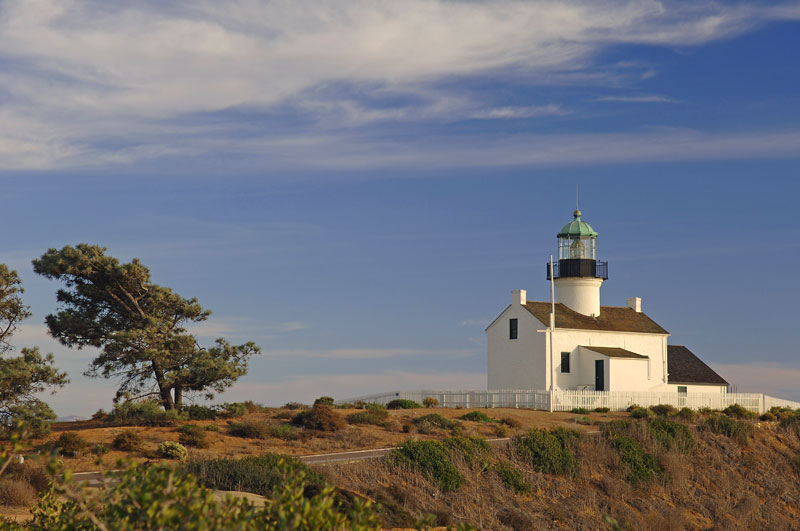 Point Loma is blessed with a micro-climate with canyons and neighborhoods filled with evergreens, eucalyptus, and lush vegetation in its midsection, with drier more Mediterranean climates on its northern and southern ends.  Some say that Point Loma has the most perfect weather in the US.  The high real estate prices with mere cottages starting at nearly one million dollars reflect this.

A university midway on the “Point” has changed hands and names over the decades from when first founded as a religious commune approximately 125 years ago.  Some of the original frame buildings exist including  Amethyst Hall – a Victorian octagonal building with amethyst colored stained glass windows in a clerestory ceiling above.

Abalones used to be harvested commercially from the rich kelp beds off the peninsula’s tip, then shelled at  ”Ballast Point” just inside the harbor entrance.  The name has come about from the days when sailing ships would unload their rock ballast before taking on cargo for their return journeys. The area is now a submarine base.

On Point Loma’s San Diego bayside is Shelter Island. Located here is a charter fishing fleet, marinas full of yachts, yacht brokers, yacht clubs, boatyards, fine restaurants, and hotels.  The Kona Kai restaurant on the Northern tip of the island commands a downtown San Diego skyline and bay view as well as being located at the entrance to the Americas Cup Harbor.  This Polynesian themed restaurant is one of the original themed restaurants dating back to the 1950s.

Adjacent to Shelter Island is the home of the San Diego Portuguese fishing community.  These immigrants formed the backbone of the tuna fishing and canning operations dating back to the early days of the last century.  A bronze monument to the tuna fisherman can be viewed on Shelter Island Drive.  Adjacent to the Americas Cup Harbor is the site of the old US Naval Training Center.  Hundreds of thousands of Navy and Marine recruits received their basic training in these Spanish styled buildings, wood-framed barracks and on the parade field.

Ocean Beach is the retail and beach district of Point Loma and is located on the west side near the base of the peninsula bordering the Mission Bay channel entrance.  “OB” as the neighborhood is fondly called by locals; sports a long T-shaped fishing pier where one can catch everything from sand sharks and halibut to mackerel and tuna.  Fishing licenses are not required to fish off piers in California.

Excellent surfing, surfboard sales, and rentals are to be found in Ocean Beach. The old retail district of OB has been largely replaced with antique stores, surf, records, tee-shirt and boutique shops.  Several small inexpensive cafes and dance clubs are to be found here as well.

Pet lovers will enjoy taking their pooches to ‘Dog Beach’ – a section of beach adjacent to Mission Bay’s harbor channel rock levy.  Here one can dig holes in the sand and romp in the surf with Fido.  There are public bathrooms with showers, changing rooms on the beach.  Parking is free in several lots along the beach but it gets crowded on summer weekends.  Hint: Get there early.  Ocean Beach is one of the prime non-touristy beach areas in San Diego.  A little off the beaten path, it is favored by locals for its good bodyboarding, surfing and good old fashioned fun at the beach.

The Old Point Loma Lighthouse, in operation at the entrance to San Diego Bay for 36 years, first lit on November 15, 1855, is still a local attraction. What seemed to be a good location 422 feet above sea level, however, had a serious flaw. Fog and low clouds often obscured the light. On March 23, 1891, the light was extinguished and the keeper moved to a new lighthouse location closer to the water at the tip of the Point. It is now a museum featuring all the furnishings and memories of a lighthouse keeper and his family.  Just steps away are the Cabrillo National Monument Park museum where you can learn about the early discoverers of this part of America, sea life (especially whales) and enjoy a panoramic vista of San Diego. 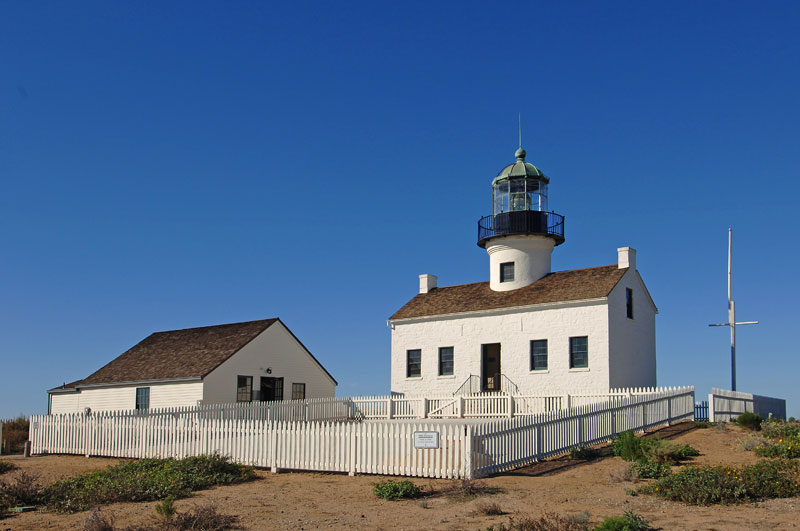 A landlocked mock destroyer ship, boat rental facility, nine-hole golf course,  and bowling alley remain open to the public with the remaining land mostly in the hands of private developers.  Plans call for condos, townhomes and retail buildings where barracks and heavy cannon once stood.

Cabrillo National Monument, established in 1913, commemorates Juan Rodríguez Cabrillo’s voyage of discovery. A heroic statue of Cabrillo looks out over the bay that he first sailed into on September 28, 1542. Cabrillo led the first European expedition to explore what is now the west coast of the United States.

Hollywood Historic Landmarks Hollywood, home to one of the world’s most famous signs, symbolizes style and fashion, arts and culture to millions around the world. ... Read more 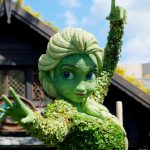 Enough said. Well, almost, a lot of people with children will visit “The happiest place on earth”. I, am not a huge fan. But, I ... Read more